sing hallelujah, for the guttersnipe lives 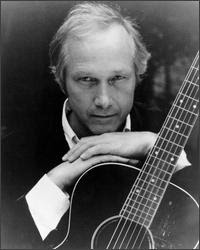 I am devestated to learn that my friend Jack Hardy has passed away. Linda Sharar just called with the news. Jack and I hadn't talked in about 2 years, and I didn't know he was sick. Our last communication was a letter he sent me about 2 years ago, a great, long, Hardy letter, giving me his opinion on my turning him into "Geoff Mason" in In Hoboken, and reminiscing about some of the old days; it was a great letter, like the kind he used to write me when I was a soldier in Somalia...and that great letter has been sitting on my desk since the day I got it, waiting for me to respond. Ah, Jack. I'm sorry, man. I'm having trouble imagining the world without you in it. I don't even know what to say. At a complete loss.

UPDATE: The Times ran an obituary of Jack yesterday. I think he would have been pleased, although he would have grumbled about the innaccuracies and the stuff left out. "Fucking journalists and editors," he would have sneered...although with a small twinkle in his eye to show how pleased he was that the thing got done. Let me put it this way: if the Times hadn't run an obit of him, I believe he would have haunted them.

One thing I'd like to say (and this isn't just to avoid the haunting I deserve for failing to reply to Jack's last letter to me...in fact, I'd love a haunting, Jack, if you could arrange it). But here's the thing: the press and everyone talks about Jack as a mentor, and influence, and the guy who had the weekly songwriter's dinners, and the guy who founded Fast Folk. That's what everyone always says about Jack. What I'd like to hear a little more of, and what I'd like to talk about now, is Jack as an artist. So let me just say this: Jack was an incredible artist. To call him a poet is akin to saying Dylan Thomas liked an evening nightcap. He was a master carver of words, slicing and sorting the lyrics like he sliced and carved his subjects. And Jack was an incredible performer. He had a beautiful voice, a great tenor that could go higher than you'd imagine if you knew him, and then dip all scratchy into spooky nether-regions. He was funny, and could hold an audience in his palm. He was a journeyman, and this was his craft. We all learned from him. Way back in the day, I used to marvel at Gorka's stage presence, and the technical brilliance of it, and take notes (yes, literally)...the way he owned and controlled a vocal microphone, for instance. I knew Jack, then, but had not seem him perform in public. One night Jack came out to Godfrey Daniels for a rare night there, and we all barrelled out to see him. And goddamn if it didn't become instantly clear that JG had cribbed directly from Jack's playbook. Very cool.

That aside, in my opinion Jack was at his best around a campfire. With a Texas (or Massacussetts or Colorado) dark breeze blowing and the fire popping and just a shadow of his face visible...that was Jack's realm. That's where I'll remember him.

As I said above, it was Linda who called to tell me about Jack's death. I'm glad it was her. Besides the comfort of hearing it from a friend rather than in the paper, I think Lonnie had a similar place in her heart for Jack as I did, in her own way. Our times as regulars in his apartment didn't overlap, actually, but we were both relatively young when we met Jack, both had mixed feelings, both grew to love him in our own ways. I wrote her an email the other night, trying to talk about that. I loved Jack, plain and simply. Some if it was idolization, and I'm okay with that. But his acceptance of me (you see, he didn't accept everyone) so early on, when I wasn't all that good frankly, his ability to see the flame of something in me below all the smoke, his willingness to have me around and encouragement, meant so much to me. I was a basic wreck of a human being at 19, 20, 21 years old (the years of my life I consistently attended the weekly gatherings in his apartment), and Jack's encouragement meant the world to me. Jack made me feel like I had something worth offering, when the picture couldn't have looked more different. And the fact that some people thought he was an asshole only endeared me to him more. He once referred to me on a radio show or article or something as a fellow ne'er-do-well, and I consider it one of the greatest compliments I ever received. I'm so sad today. Pasta and asparagus and olive oil, and come on by anytime, Jack. I could use a haunting. Did I mention I was pleased to meetcha?

(If you don't know Jack's work and are intimidated by the volume of stuff available when you search online, just order the single CD "Retrospective" from Brambus Records in Germany. No, you can't get it on itunes. Buy the CD, pay the foreign premium, and listen to this work of art. And then go buy "The Passing" from Prime CD records, which you can get on itunes, I believe.)
Posted by christianbauman at 1:44 PM