The New Yorker, in its weekly concert listings, used to describe Maxwells as the coolest music room in New York, and of course it isn't in New York. It's in Hoboken. But the description was dead-on, for a certain era anyway. It was the best music room in the New York area. That's it, down below, in a decade-old photo. And now, it is no more. Did I love the place? Well, shit. I wrote a book about it. Or, rather, a book set there. Jesus, everything I wrote about in that book is dying. Me too, probably. We're all getting old. 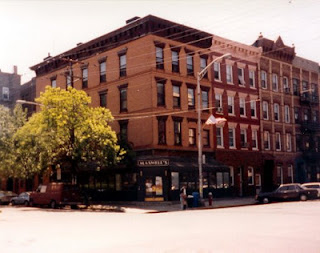 I played there a lot. It's where Gregg introduced me to Don Brody for the first time. I worked there, for a while. When Don gave up hosting Folk and Fondue on Tuesdays, I did it for about a year. Here's a timely, fun little collage below. Don and Con: The Marys. Rich Grula: Big Happy Crowd. Y'all, with Linda sneaking in on the side. Cags. Me and my hat. When were these photos from? 1996? Probably. 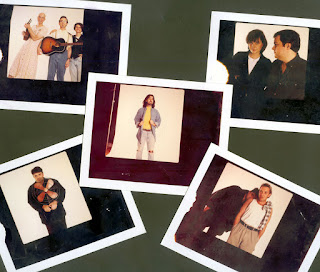 When we did the book release party for In Hoboken, we of course did it at Maxwells. The last time I was on the stage there. This would have been 2008, I think. Down below that's Eddie Fogarty at the wheel, with Carol, Gregg, Connie, and little Fiona Bauman backing him up. 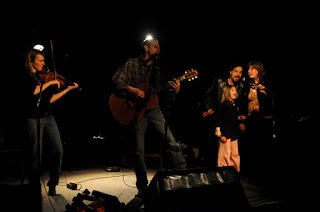 Cags and I took a turn around the block that night, as well. 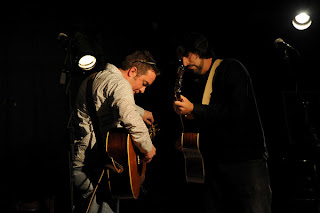 And finally from that night, down below, the last known appearance of Camp Hoboken, dodging the tomatoes, taking our bow. If we were going to do it one last time, Maxwells was the place to do it, right? And now...no more Maxwells. And perhaps it's for the best. Hoboken ain't what it was. 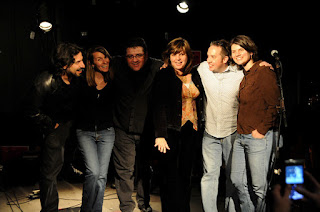 What else? Just finished construction on a new man cave in the New Hope north 40. And by "finished construction" I don't mean to insinuate that I did it. A great crew of fellas from out in Amish country put it up. Room on the first floor for vehicles and tools and other manly things. And on the second floor? Nothing but my thinking chair and a view to think by. Time to go get to thinking... 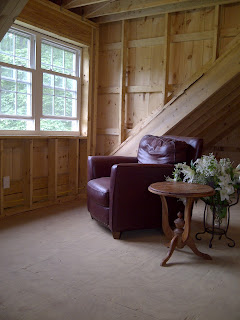 Posted by christianbauman at 2:02 PM