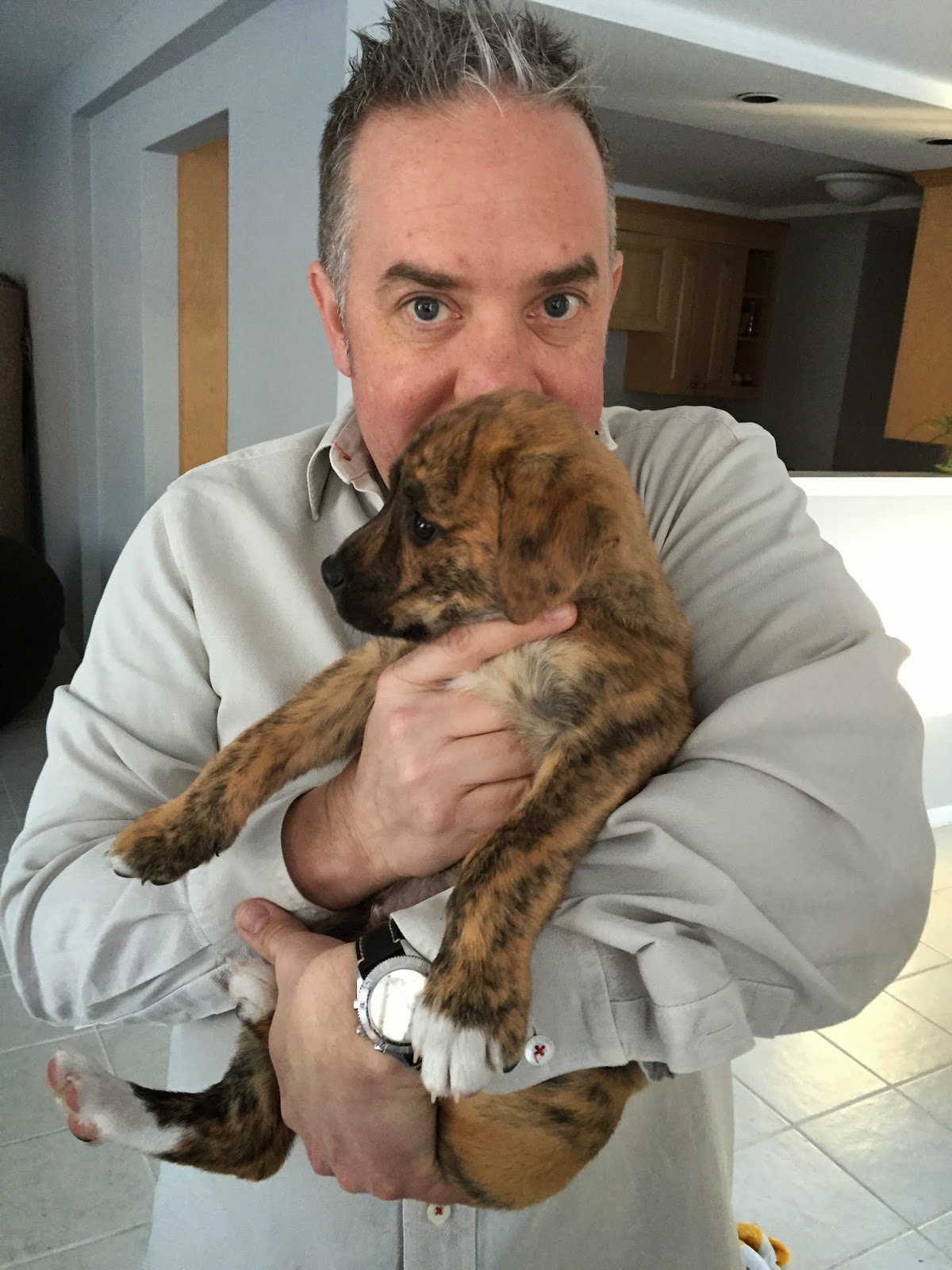 Meanwhile, back at the Dog House Compound (teach na madre, for those of you following along in Gaelic), Fiona convinced everyone it would be a great idea to temporarily add to the canine population and foster some puppies. We started with three, then we had two, then we had none, now it's back up to two again. And I have a sinking suspicion that while we might get it back to one, it's not looking like it will go all the way back down to zero again. Current alpha Buddha, who usually likes other dogs only for the chance to eat them, has been unexpectedly cooperative and perhaps even occasionally amused. Boris the pug, who is not the alpha but thinks he is, is hopping mad, though.

What else is going on? With the promise of a new book finally on the eventual horizon, it seemed like it might be time to revisit the website, since it hasn't been dusted off since 2008. Looking much better now, all squeaky clean and new. Not fully built out, need to track and down find some more stuff I'd like to put on there, short writing etc, but it's better than it was: welcome to Bauman's Brain. Big thanks to Cags for the heavy lifting. I hear tell a new Camp Hoboken site may be in the works, as well.

Posted by christianbauman at 7:39 PM