one man band, one night only

Oh my goodness, What is this foolishness? I don't know, man. Someone convinced me to pick up a guitar again for a night. Never a sensible idea. 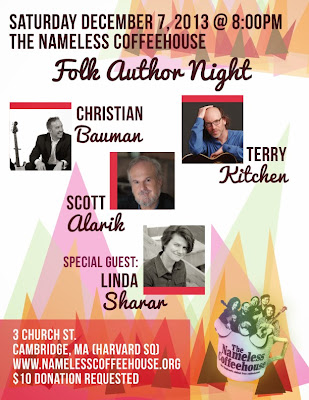 Yep. Gonna throw Fiona in the car next week and head up to Boston. I couldn't say no. The Nameless is one of the first real gigs I ever played (talking 1991, y'all). "Real gig" defined as people actually listening to the music and not the hockey game. By the numbers I played across the street at Passim more times over the years, but Nameless always had a special place in my heart. I wrote it into In Hoboken, after all. A whole chapter. So...it'll be fun. Thanks to ol' pal Amy Malkoff for calling me on this one. And insanely psyched to be splitting the bill with one of my true soul compadres and former Camp Hobokener Linda Sharar. What could go wrong?

What else? I just looked out the window in the darkness. It's snowing, first time this year. If you know me, you know I'm smiling, from that alone. Smiling, and prepared. The brand new woodshed got finished, stocked, and stacked just in time... 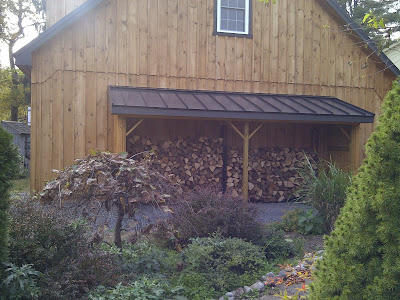 Happy Thanksgiving, and may the force be with you. Whoever you are, hope to see you in Cambridge next weekend.
Posted by christianbauman at 7:00 PM

tyrannicides, texas democrats, and the soul of a fictional russian detective 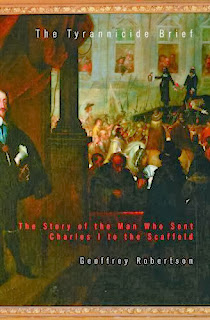 Up top, fascinating book about John Cooke, the lawyer who accepted the "tyrannicide brief" and prosecuted Charles I, sending him to a beheading. Fascinating to me for a number of reasons: one, because the Stuarts onward have traditionally been where I start losing interest in the Kings and Queens of England (I like my royals ancient and weird), and I've known little about them; two, completely unknown to me before how influential Cooke and his actions and writing were on so much of history to follow, in terms of law and rights in general, and also in terms of prosecuting rulers. Really interesting read. And dear Jesus those English were brutal with their executions, weren't they? The whole hang/draw/quarter thing...Christ. Poor Cooke.

But it was actually another point of this book I'm calling out now, and it's due to a connection point with the book I read right after it...the one below, Caro's latest in his seemingly never-ending LBJ series. So what is it that these two books have in common? 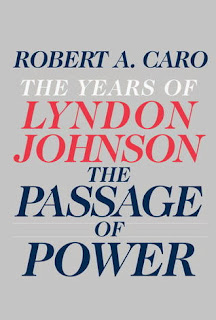 It is this: the human dynamic that surfaces in all of us from time to time, in some more than others, where one cannot seem to overcome the evidence in front of you, and a "bad" decision is made that should have been avoided. Now, you could say that's what every person who smokes or drinks or eats too much etc does: continues a behavior in spite of clear evidence that this behavior will eventually cause harm. But that's not what I mean. What I refer to is a particular point in time, a particular decision to be made, and for whatever reason having an otherwise decisive person be unable to make a decision, or make the wrong decision, despite the clear facts and evidence.

So, in the case of these books, what am I talking about?

Chalres I almost certainly didn't have to die. And, in fact, might even have been able to retain his crown, or at the very least secure it for his son. But maybe even keep it.

And LBJ almost certainly could have been the Democratic candidate for president (over JFK) in 1960.

In the end, it worked out for LBJ just fine further down the line. In Charles Stuart's case, not so much.

Both of them were instances of ignoring the clear evidence, the advice, the wisdom, the truth right in front of your face, and by whatever reason being unable to make a decision and then ultimately making the wrong decision.

In the case of LBJ, it was never-ending foot-dragging based solely on fear (which is interesting in and of itself, because he was so fearless in other aspects of his life and career). As for Charles, it was pure arrogance. Royal arrogance, the worst kind.

Anyway, interesting stuff. Oh, and one last point from the LBJ book. On people who REALLY understand politics...which are really very few people. When JFK chose LBJ as his running mate, everyone in the universe was taken by surprise. Everyone. Except two people: JFK and LBJ. They didn't even like each other, but it was a perfectly clear choice to both of them. 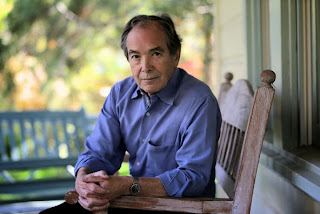 What else? I love Martin Cruz Smith's Arkady Renko novels. I read Gorky Park when I was a teenager (distinct memory of the reading this for the first time the year I lived in India), and am so happy he's kept this character alive and evolving and interesting through the years since. What a great character, what amazing books.

This article from the Times this week about MCS was a bit of a shock: he has Parkinsons. But how he deals with it, and how we writes through it...what a story.
Posted by christianbauman at 3:00 PM