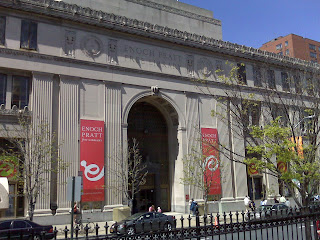 38-year-old novelists and the circumstances of pennsylvania

You may (or may not) recall that a few months ago I wrote a little something for the New York Times book review series of writers talking music. This week, the novelist J. Robert Lennon -- who has a new novel, Castle -- is up with his own piece in this series. JRL and I don't know each other (although in the last 48 hours we've tossed a few emails back and forth), and our lives had not intersected in any conscious way up to this point. We came to the Living With Music series at the NYT through seperate invitations from editor Gregory Cowles.

So here's the funny thing: In the space of a few months, Living With Music published essays/playlists from 2 white male novelists who are also musicians...who were both born in 1970...in Easton, Pennsylvania.

Of course it's that last fact that makes it interesting. If all the same had been in common but a birthplace of, say, Manhattan...perhaps not such a big deal. But Easton, Pennsylvania?

As Greg Cowles asked us in an email yesterday: so, what's in the water in Easton?

I find this especially fascinating because just last week I finished reading Outliers, the newest book from New Yorker staff writer Malcom Gladwell, which is all about how circumstances of time and place have as much if not more to do with where your life goes as does what's hard-wired in your head. The argument being: yes, you have to be born with a baseline something to be successful in a given path (circumstance of time and place alone won't make Mozart or Bill Gates who they are), but it is just as critical where and when you were born and what circumstances happened in your life (there are plenty of brains born wired to possibly be Mozart or Gates, but circumstance doesn't allow it to happen). The architects of the internet and modern computers were all born at about the same time, in about the same place, and had similar critical things happen to them along the way. Born a couple years too soon or a couple years too late...nada. Born same time and same place but didn't have quite the same stream of circumstances...nada.

So, friend reader, if you've been thinking that your dream in life is to be a pleasantly well-reviewed but not exactly bestselling novelist who also has/had dabbled in music...unless you were born in Easton, Pennsylvania in 1970, I'm afraid you're shit out of luck. Too bad for you.

A side note: turns out JRL and I had one other minor crossing of fate. Back when I did that kind of thing for bread (ten years ago?), I was the copy editor for his wife Rhian Ellis's first (and great) novel After Life. JRL and Ms. Ellis are a married writer couple, and skimming their blog this morning ("we've both been writing..." as excuse for lack of correspondence) reminded me of my all-time favorite writer couple, the Halls. I wrote a short piece about the Halls for All Things Considered a few years ago...the text is here.
Posted by christianbauman at 2:03 PM